If it's cool and new, John gets it and rides it.

Keep an eye on our Facebook for his pictures & insights. 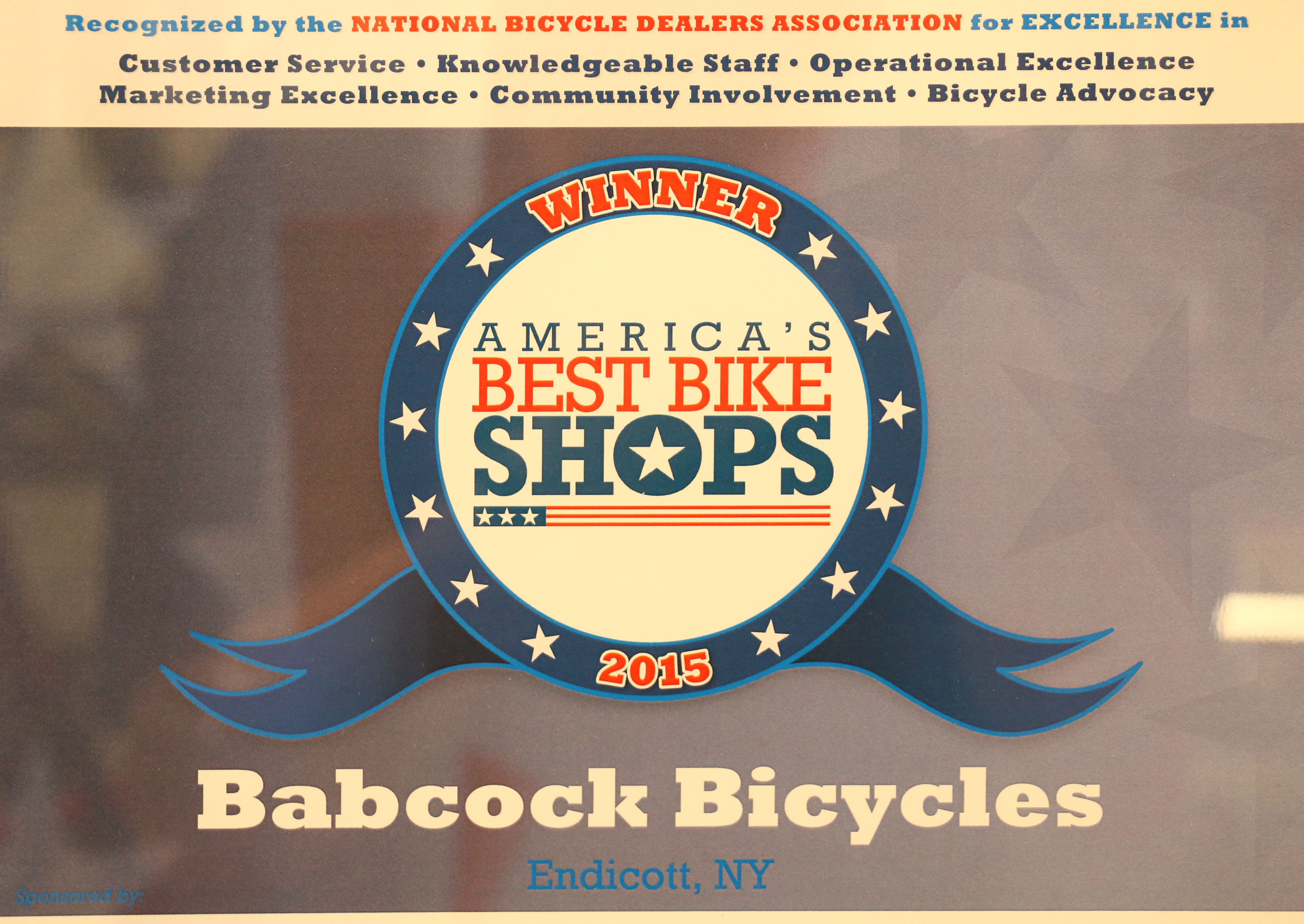 Mr. Babcock's big break came in 1981 shortly after the expansion of the original bike shop, when he was named mechanic for Jim Black's Cross Country Record attempt. Mr. Babcock's reputation was firmly cemented in the community, which has voted Babcock Bicycles “Readers Choice Award “ winner for two decades.

After being married in 1984 to wife Tracie, Matthew arrived in 1987 and Molly in 1990. Matthew's winter sport was hockey, and as the bike shop was located near the local rink, Mr. Babcock began sharpening ice skates. In 2003, Mr. Babcock was awarded a U. S. Patent for "Skate Blade Sharpening Gauge".

The purchase of Ted's Bicycle Shop in 2004 brought Mr. Babcock back to his roots, as Ted was the owner of the old Beach's Bike Shop. Mr. Babcock then went from proprietor to President, as the buildings became K.C. Babcock, LLC, and the business Toulson Forward, Inc. Mr. Babcock is proud to have had both children help in the bike shop.

A vision of Mr. Babcock’s has been an attempt to develop walking paths around and within the Village of Endicott. This massive project would be a no cost or low cost effort for walkers to experience the different terrain, neighborhoods and shopping areas around Endicott, a historic town. Although the logistics can be overwhelming, the concept can be used in any town, with possible conversion to bicycle trails.

In 2015 two exciting events occured . In the spring Mr. Babcock represented People for Bikes as a lobbyist in Washington, D.C. Over the course of several meetings, the main topic discussed with staff members of Senators and Representatives concerned funding for safe cycling in the Transportation Bill. In the fall, the store and its staff were honored by being named “Winner, America’s Best Bike Shops”, an independent competition by the National Bicycle Dealers Association.